I am going to write a story .Yes , I am gonna . I always wanted to and today I think I will. Voices in my head are like-  [Hey Nikhil , this urge to write may not be the same later ,so don’t you dare procrastinate.]   The central dogma that surrounded this decision so far was “I can and I really want to” ,but the dilemma is what I am going to write about? Will it be a slice-of-life kinda story or a thriller more likely a hair raising suspense tale …or something from the pot of fantasy to imagine upon or will it be a post apocalyptic dystopian stuff or it’s just gonna be a sci-fi piece. Best would be a mix of all. Phew! Now you see my dilemma . What’s it gonna be ?

Maybe I will just tell you a story about a boy who thought he is in a story written by another boy who thought he was but he actually wasn’t. As confusing as it sounds , I will leave it to that. Yeah , I could simply write something about a girl who knows about a serial killer’s next victim and plans to do something to everything to stop it from happening. No , it is not going to be that. Hmm , “Dream” is something that has always fascinated me. So do we have something to write on or let’s say I write about life in a dream. Or only dreams in our lives. How a guy running…panting ..breathing heavily,,,not knowing how he ended up here. Doing what he’s doing…running…not stoping. Which are these alleys that he’s running into . Through them , out into a new street. What is this place? Why is he running in the first place? Why the heck are a couple of guys running after him ..following him. And one bald guy almost at his tail trying to catch him and as soon as he takes a left there’s this huge guy blocking his way.A blow that came from nowhere. A blow so fast and hard that now there’s only darkness.  Down he is , a gun pointed at him and he just got shot. Maybe all this is just another dream he thinks, just like the one he saw last night where he was a detective doing some deducing , or its just a hallucination coz he hasn’t slept in days. Wait then how come it was a dream the other night. Shit , this doesn’t  make any sense. Calm down it’s just another dream.Calm down. Holy mother of god ..I am bleeding , but if it’s just a dream then why does it hurt so bad. So damn bad. Why does it? 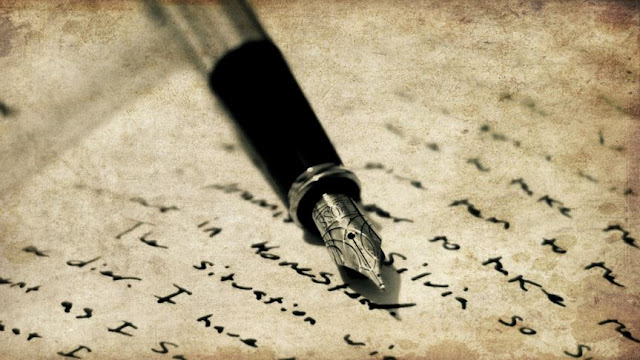 Naah , I should leave that to the experts who know a lot more about these topics. So , What I am gonna write about ?

I could tell you about the infamous adventures about my college days which my classmates never seem to get bored of narrating. How we went on a bike ride during the most chilling night of the year to a hillstation almost 100 kms from my hostel. How impromptu was our decision and how we end up at a checkpost spending our night on the pavements of that very checkpost. Coz 1) The bike we used was not ours  (FYI , wasn’t a stolen one either ..it was borrowed) 2) Neither of us had a license or a helmet 3) And yeah there were 3 of us. Whoa , thinking about it now , the police guys surely had his reasons. No , I am gonna tell you about all that . It would be just another college-days-stuff . Cliché.  So what I am gonna write about?

Yeah , I got it , I will tell a story about an aficionado who wanted to do it all and how he does it all eventually. His need to know stuffs , his need to achieve things , his urge to travel , his want to read all the classic works , his want to lead a life he always dreamt of. Hmm , sounds interesting but not today. Maybe someday I will write a story. Someday I will tell you a story worth reading and thought provoking. Worthwhile reading you see. One day I will tell you a great story or series of stories. One day I will . Oh wait! ..coming to think about it , in a way, I just did.

Email ThisBlogThis!Share to TwitterShare to FacebookShare to Pinterest
Labels: Canvas, musings, The Slice of life